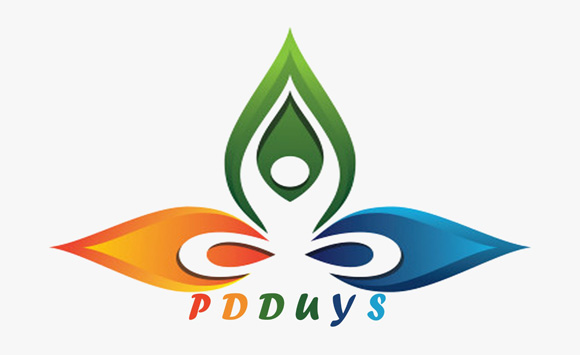 On 11 December 2014, the United Nations General Assembly approved a resolution establishing 21 June as ―International Day of Yoga‖, following the call for its adoption by Indian Prime Minister Narendra Modi during his address to UN General Assembly on 27 September 2014. In suggesting one of the two solstices, Modi noted that it is the longest day of the year in the Northern Hemisphere and that it has special significance in many parts of the world.

The first International Day of Yoga was observed worldwide on 21 June 2015. About 35,000 people, including Modi and many dignitaries, performed 21 yoga asana for 35 minutes at Rajpath in New Delhi. The day devoted to yoga was observed by millions across the world. The event at Rajpath established two Guinness records – largest Yoga Class with 35,985 people and the record for the most nationalities participating in it—84.

Yoga has been studied and may be recommended to promote relaxation, reduce stress and improve some medical conditions such as premenstrual syndrome. Yoga is considered to be a low-impact activity that can provide the same benefits as ―any well-designed exercise program, increasing general health and stamina, reducing stress, and improving those conditions brought about by sedentary lifestyles‖. It is particularly promoted as a physical therapy routine, and as a regimen to strengthen and balance all parts of the body.

Yoga may improve psychological health during cancer treatment, although more evidence is needed to confirm this possible benefit. Other research indicated that yoga could be a useful in addition to other treatments in schizophrenia, and may have positive effects on mental health, although the quality of research to define these effects is low.

In 2015 the Australian Government’s Department of Health published the results of a review of alternative therapies that sought to determine if any were suitable for being covered by health insurance. Yoga was one of 17 practices evaluated for which no clear evidence of effectiveness was found. Accordingly, In 2017 the Australian government named yoga as a practice that would not qualify for insurance subsidy, saying this step would ―ensure taxpayer funds are expended appropriately and not directed to therapies lacking evidence‖.

While some of the medical community regards the results of yoga research as significant, others point to many flaws which undermine results. Much of the research on yoga has taken the form of preliminary studies or clinical trials of low methodological quality, including small sample sizes, inadequate blinding, lack of randomization, and high risk of bias.A 2013 review described the effectiveness of yoga for low back pain in the short-term, and moderate evidence that it was effective in the long-term. Another study found an incidence of back injuries from yoga.

Some clinicians have reported studies investigating yoga as a complementary intervention for cancer patients to decrease depression, insomnia, pain, and fatigue and to increase anxiety control. Others have questioned the quality of research and uncertainty in proving this effect.
A 2016 systematic review and meta-analysis found no evidence that yoga was effective for metabolic syndrome.

See also: Sports injury
Some yoga practitioners suffer physical injuries analogous to sports injuries. A survey of yoga practitioners in Australia showed that about 20% had suffered some physical injury while practicing yoga. In the previous 12 months 4.6% of the respondents had suffered an injury producing prolonged pain or requiring medical treatment. Headstands, shoulder stands, lotus and half lotus (seated cross-legged position), forward bends, backward bends, and handstands produced the greatest number of injuries.

Among the main reasons that experts cite for causing negative effects from yoga are beginners’ competitiveness and instructors’ lack of qualification. As the demand for yoga classes grows, many people get certified to become yoga instructors, often with relatively little training. Not every newly certified instructor can evaluate the condition of every new trainee in their class and recommend refraining from doing certain poses or using appropriate props to avoid injuries. In turn, a beginning yoga student can overestimate the abilities of their body and strive to do advanced poses before their body is flexible or strong enough to perform them.

Vertebral artery dissection, a tear in the arteries in the neck which provide blood to the brain can result from rotation of the neck while the neck is extended. This can occur in a variety of contexts, but is an event which could occur in some yoga practices. This is a very serious condition which can result in a stroke.

Acetabular labral tears, damage to the structure joining the femur and the hip, have been reported to have resulted from yoga practice.

It is claimed that yoga can be an excellent training for children and adolescents, both as a form of physical exercise and for breathing, focus, mindfulness, and stress relief: many school districts have considered incorporating yoga into their Physical Education programs. The Encinitas, California school district gained a San Diego Superior Court Judge’s approval to use yoga in Physical Education, holding against the parents who claimed the practice was intrinsically religious and hence should not be part of a state funded program.